Animals, Whores & Dialogue is more than just a sequel to Wayne Ewing’s 2003 Breakfast with Hunter which Variety declared to be a movie “that captures the essence of his [Hunter Thompson’s] jazzy pop journalism.” This new feature length documentary goes even deeper into Gonzo journalism with intimate scenes of Dr. Hunter S. Thompson at work writing, editing, and recounting the creation of classics like Hells Angels and Fear & Loathing in Las Vegas. Animals, whores & dialogue were metaphors and an element Hunter almost always wove into his writing, and the words were emblazoned on his typewriter. 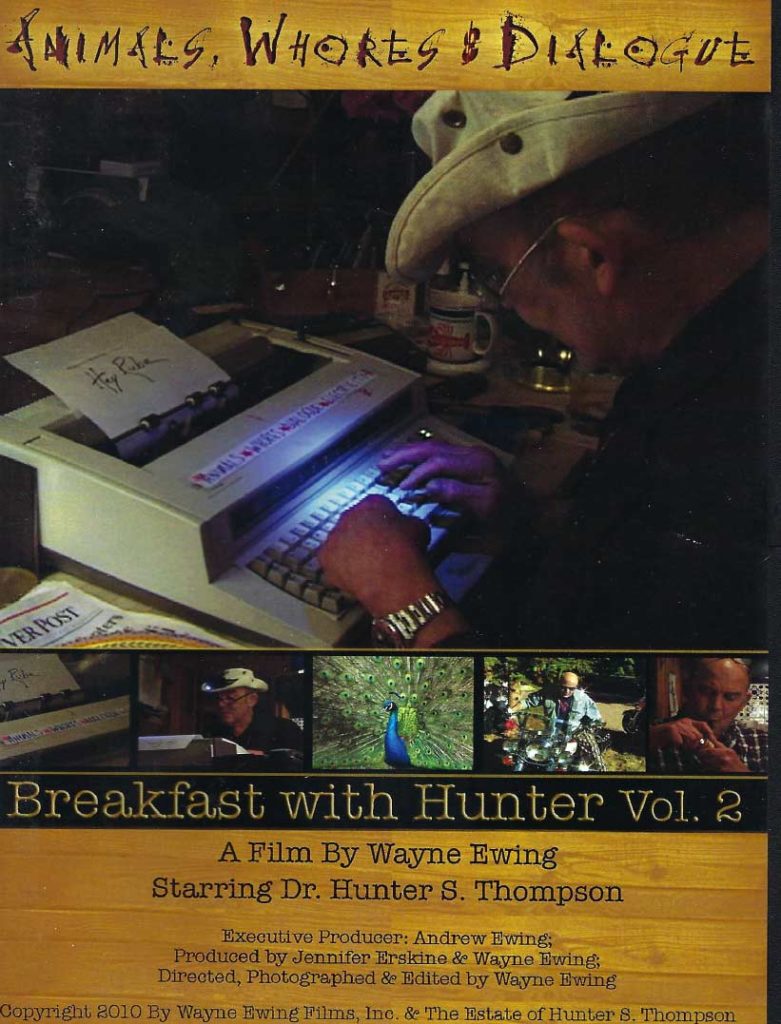 This DVD is compatible with ALL NTSC DVD players (ie add DVD players in North America).
Customers from regions that use PAL video signals will need to have a NTSC/PAL DVD player or be able to convert the NTSC signal to PAL to view this DVD.
This DVD will play on any computer equipped with a DVD drive – computers automatically convert NTSC or PAL.