“Benched: the Corporate Takeover of the Judiciary” chronicles the most expensive Supreme Court Race in history – the 2004 race for State Supreme Court in Illinois where over ten million dollars was spent.

“Benched” explores the underlying issue of the race – the battle over “tort reform.” Critics charge that the insurance industry unfairly targeted doctors in Madison County, Illinois, raising their malpractice insurance premiums to pressure the doctors to lobby their patients and the community for “tort reform”, including caps on medical malpractice awards that will only benefit the insurance industry and harm consumers. The doctors contend that they are being driven out of business by “frivolous lawsuits” while victims of medical malpractice and lawyers argue caps on law suits will deny them justice and that claims of an out of control civil justice system are corporate propaganda. 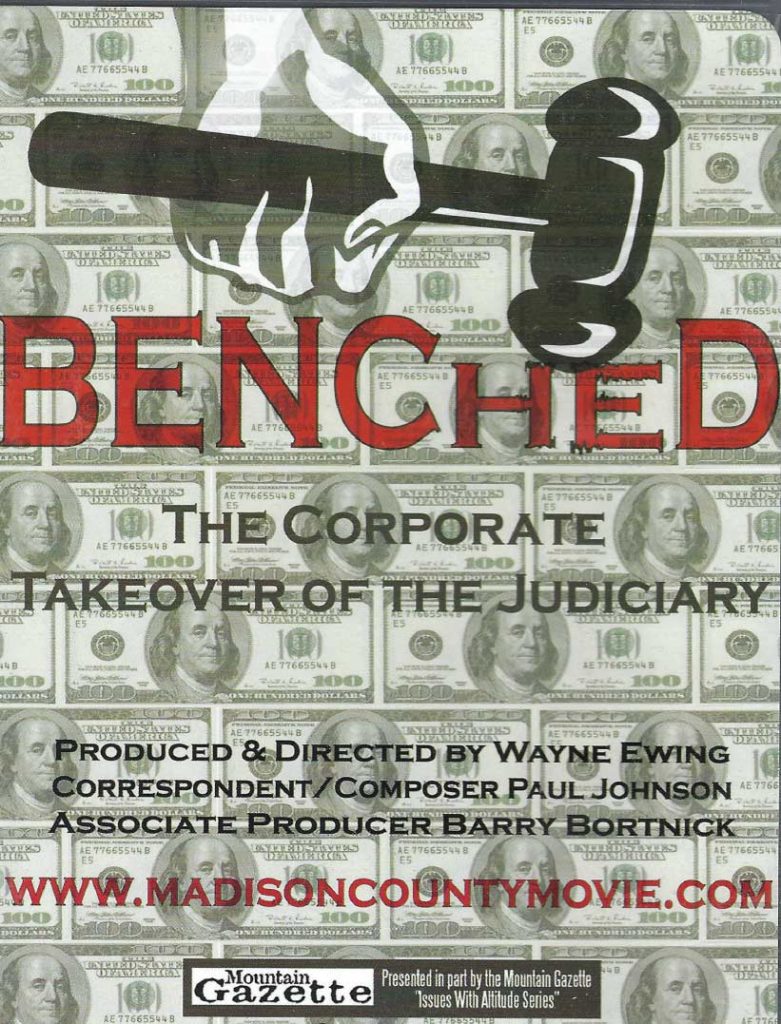 In the end, the documentary reveals the true beneficiary of this campaign for tort reform – Big Tobacco companies. Critics charge that the Philip Morris tobacco company played a role in financing the tort reform movement to get their chosen candidate, Lloyd Karmeier elected to the Illinois Supreme Court in order to have a pending 10.1 Billion dollar judgment voided by the Court.