“The Last Campaign” – a sequel to Ewing’s legendary first film in 1972, “If Elected…” – covers the 2004 campaign of Justice Warren McGraw for the re-election to the West Virginia Supreme Court, dubbed the ‘nastiest’ judicial race, if not the most expensive in the nation. Scenes from “If Elected…” -which covered Warren McGraw’s 1972 race for the West Virginia State Senate and was originally broadcast by Bill Moyers in 1973 – are interspersed with the story of McGraw’s 2004 Supreme Court race to create a unique, cinema verite portrait of American politics over a 32 year span. 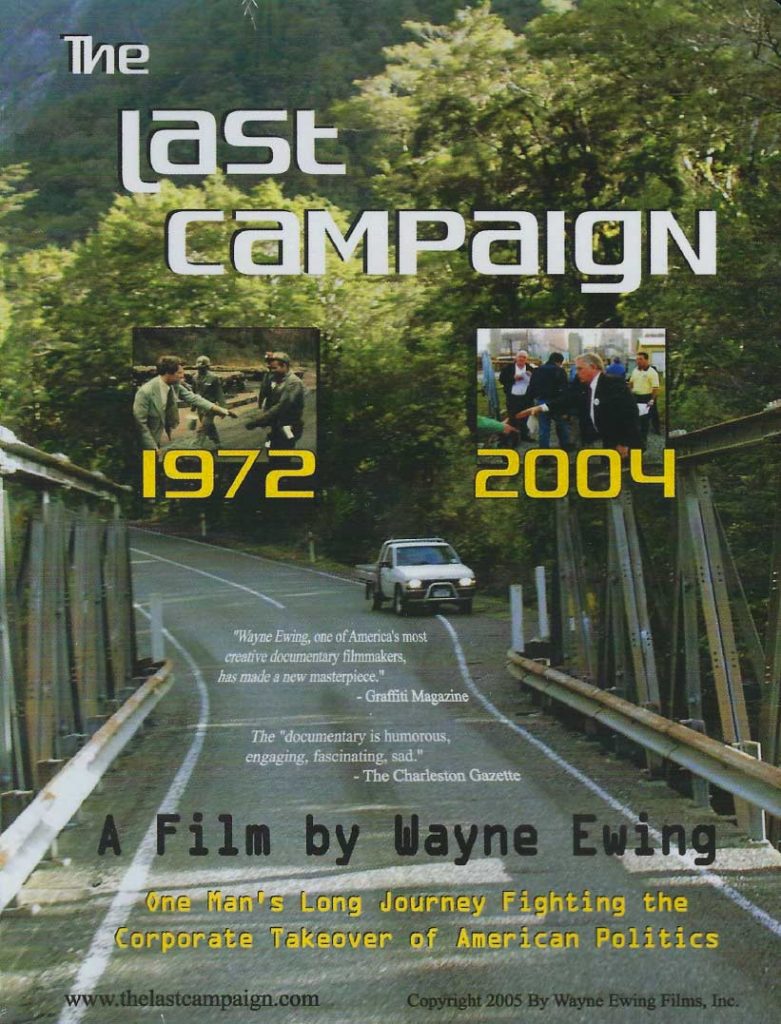 One man’s struggle to resist corporate interference in the electoral process is the continuing theme. In 2004, the US Chamber of Commerce is suspected, of funneling millions of dollars from multi-national corporations into West Virginia in the primary and general election in a successful effort to defeat Justice Warren McGraw as a part of what Forbes Magazine described as a “secret war” against judges in America.

The Chamber’s shadowy efforts were joined in the general election by a group calling itself “For the Sake of the Kids” which spent millions, supplied from a coal company executive to wage a smear campaign against McGraw alleging that he let a sexual predator loose to work in a school. That same coal company executive has a pending 50 million dollar judgment against his company on appeal before the West Virginia State Supreme Court.